Mr. Sulzer represents clients in a variety of areas, including firearms law and regulation, medical malpractice, wrongful death, and personal injury litigation, and patent, antitrust, and unfair competition litigation and counseling. He brings Big Law expertise, an extraordinary level of personal commitment, and a track record of success to every matter, large or small.

For three decades, he has been trial counsel in numerous federal court and ITC proceedings, including several of the ITC’s most significant Section 337 investigations. He is rated AV Preeminent by Martindale-Hubbell. Mr. Sulzer has also been selected by American Lawyer Media as a Top Rated Lawyer in Intellectual Property and Litigation and as one of Washington DC & Baltimore’s Top Rated Lawyers. In addition, Mr. Sulzer is recognized internationally as an 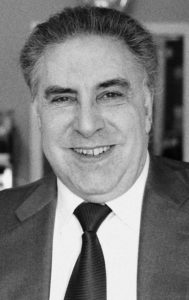 Mr. Sulzer is often called upon to take over matters in which other lawyers were unable to obtain the client’s desired results, and he has a long track record of success in the federal courts and before the ITC. For example, Mr. Sulzer:

Mr. Sulzer is also now successfully representing plaintiffs in medical malpractice, wrongful death, and personal injury litigation. His considerable knowledge and understanding of human physiology and medicine and his ability to simplify complex subject matter enable him to litigate and present these cases to judges and juries more effectively than the usual plaintiff’s law firm or defense counsel. Mr. Sulzer gives every client’s case his individual attention and he will not employ a cookie-cutter or assembly-line approach to your matter. He has also implemented a flexible, client-friendly approach to fee arrangements which increases individual clients’ access to the legal system.

Mr. Sulzer also represents individual clients, firearms manufacturers, and firearms retailers in Second Amendment challenges to state and federal gun control laws and in regulatory disputes involving federal and state firearms regulations. Most recently, for example, he has successfully represented clients seeking to: (i) reverse the District of Columbia’s refusal to issue a concealed carry permit; and (ii) obtain restoration of the right to keep and bear arms in Virginia.

In recognition of his expertise, Mr. Sulzer has been named as a referral attorney by the Armed Citizens Legal Defense Network, Inc. and as an emergency response team attorney by the United States Concealed Carry Association.

Mr. Sulzer has more nearly 30 years of experience in the shooting sports and is an NRA certified firearms instructor.

He obtained his J.D. from Emory University School of Law in 1980 and was on the Emory Law Journal’s Board of Editors. He obtained a B.A. from Northwestern University in 1977.